On Chiburijima Island, there is a village called Chibu Village with a population of about 640. Located at the southernmost part of the Oki Islands, Chiburijima Island is the closest to the main island of Japan and is approximately 40 km away from Shimane Peninsula. In the past, Chiburijima Island acted as a gateway to the islands, and it is said the name of the island is derived from the deity of sailing and voyage, called “Chiburi-no-kami.”

Chiburijima Island is the smallest inhabited island of the Oki Islands with an area of 13 km2 and a circumference of 27 km, which is why you can see the vast expansion of the sea and magnificent scenery wherever you go. Mt. Akahage, the highest peak on the island, is unobstructed by vegetation and you can enjoy a panoramic view of the island, as well as watch the sunrise and sunset. The impressive Sekiheki (Red Cliff) is a precious Natural Monument where you can observe the inside of an old volcano and feel the power of the Earth. 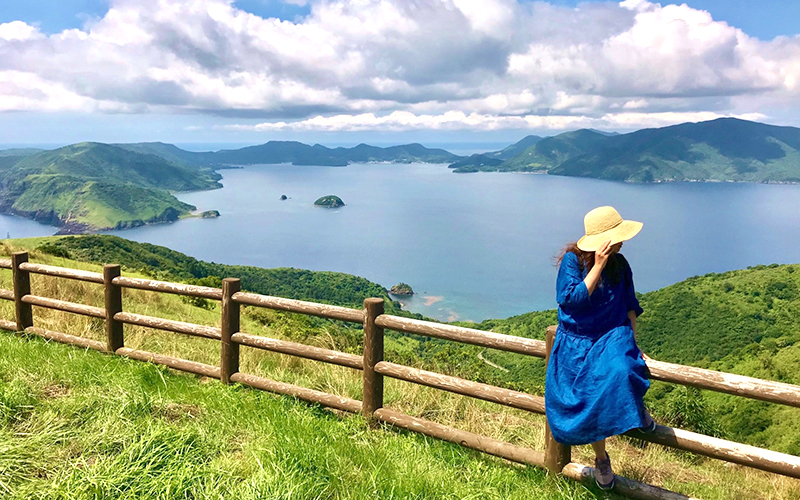 Shimazushima Island is a small uninhabited island connected to Chiburijima Island by a bridge. The highly transparent blue sea, which should be called Shimazu Blue, and the scenery created by the small islands are the village’s hidden gems. The island features a pleasant coastal walking trail, a beach and a small shrine.

Because of the small population size, the villagers help each other out. Fresh catch from the sea and locally grown vegetables are shared, and drivers on the island will often offer a ride if they see someone walking a long distance. The locals supply each other with what is needed in this inconvenient and simple island life. Such customs and spirit are no exception to visitors. The locals are thankful to visitors for visiting their small island. Rather than spending your time here like a visitor, you can spend it like a local. Stroll along the waterfront, try your hand at fishing while watching the fishes swimming in the water, encounter cows and their calves, and gaze at the starry skies on a tranquil night. 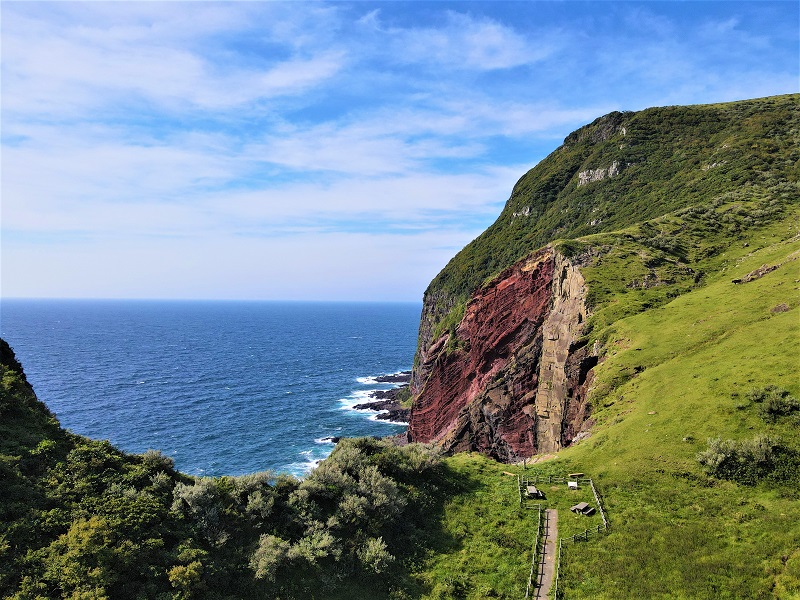 Come and experience the island life of Chiburijima Island; let’s share the nature of the island and a relaxing time together.